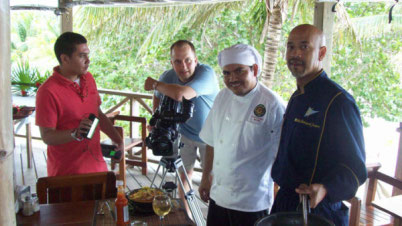 Colours TV arrived on Ambergris Caye on Friday, November 13, with a camera crew that will be filming a new show called “Taste of Belize” with celebrity Chef Keith Jones for the television network. The new six-episode culinary experience promises to expose the very best of Belize’s food and culture to millions of viewers in the United States.

Colours TV entices its viewers to join Chef Keith Jones, for a unique “Eatertainment” experience, while he travels across Belize, as the “culinary ambassador to the world.” In each episode, Jones will meet vibrant “people” within Belize. From local standouts to international visitors, Jones sets out in search of interesting people and amazing cuisine.

With over 25 years of food artistry expertise, Chef Keith Jones promises to bring his effervescent personality and flair for exotic cuisine to Belize, the “Mother Nature’s Best Kept Secret” for his third television series. “Taste of Belize with Chef Keith Jones” is a feast for the eyes, the soul and the imagination!

This week, Chef Keith Jones was at Portofino Beach Resort and La Perla del Caribe cooking up a storm, before he set to visit other parts of the country. Shot in high definition, Chef Keith Jones is set to travel around Belize, taking viewers on a journey filled with food, culture and fun. He connects with Belizean Chefs that help him prepare traditional dishes, while learning cultural lessons from the people he meets along the way. Colours TV promises that this will not be your ordinary “how-to” cooking show, this is what Chef Jones likes to call, ‘Eatertainment’

Taste of Belize with Chef Keith Jones will be scheduled to run during the most desirable day parts in an effort to maximize viewership and sponsorship support. Colours TV will help distribute Belizean content across the United States to over 19 million homes and 47 million potential viewers.

“The sharing of these cultural stories fit perfectly with our mission of celebrating people of color, and showcasing them in a positive light,” said Arthur O. Thomas, Executive Vice President Colours TV.

If the name “Taste of Belize” sounds familiar to you, it’s because Chef Jones picks up the name for the show after BTB annual Taste of Belize culinary competition which he was a judge for earlier this year. “Taste of Belize with Chef Keith Jones” will be six – thirty minute episodes that is due out on spring 2010; filming is scheduled to be complete by November 24, 2009. 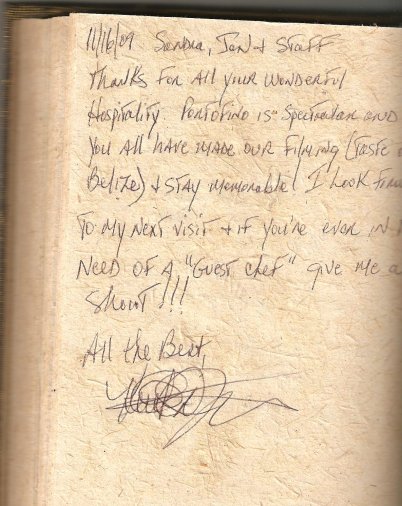 About Chef Keith:
Keith Denard Jones or Chef KDJ feeds all the senses while sharing over twenty years of culinary artistry and chef’s secrets through his “Eatertainment” presentations which debuted November 9, 2009 on Colours TV. Chef Keith Jones brings his entertaining presentations to the world of delicious, healthy food preparation.

Originally from Detroit, Michigan, Jones studied under certified Master Chef, Edward Janos for eight years, learning classical French cuisine and techniques. Jones was certified as an Executive Chef in December 1999. Since his certification, he has won several medals from the American Culinary Federation culinary salons in Michigan, Ohio, Illinois and Colorado, including the grand prize in the Clos Du Bois Wine and Food Pairing competition. 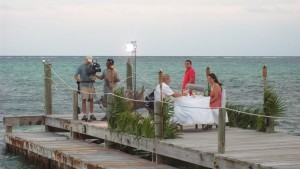